If Boyd can’t fix it, it cannot be fixed! 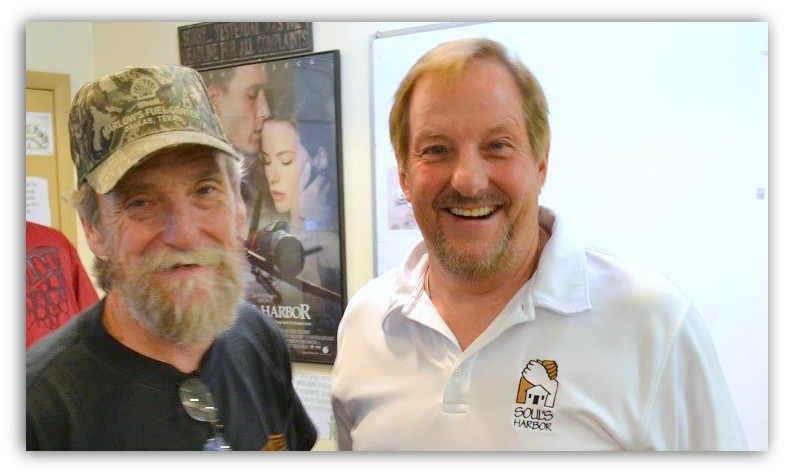 Hi. I am Boyd, and I am an alcoholic. By the grace of God, my sponsor, Joe, and the holistic recovery program at Soul’s Harbor, I have been clean and sober for 5 years.Let me start from the beginning. I was born in Dallas, and unfortunately for me, I had a father who was an alcoholic. I remember my Dad telling me to fetch a beer out of the refrigerator, and at an early

Let me start from the beginning. I was born in Dallas, and unfortunately for me, I had a father who was an alcoholic. I remember my Dad telling me to fetch a beer out of the refrigerator, and at an early age, he told me to take a sip out of the new cold beer. By the time I was 14 years old, I was drinking and getting drunk with my classmates. By high school, I was drinking regularly with my Wilmer-Hutchins High School buddies. I graduated, and I attended mechanic school for 2 years. I then worked for my mechanic accreditation, which took 4 years.

I was a mechanic for a while and got the traveling bug, which lead me to getting my commercial driver’s license. I was driving 18 wheelers coast to coast, but my new job really interfered with my drinking. I started drinking and driving, which weighed on my conscience. I decided to quit truck driving and went back to being a mechanic.

At this time, my drinking escalated. I never drank on the job, but before I showed up for work, I would drink to take the edge off. In 1998, I found myself homeless and made my first of many visits to Soul’s Harbor. There really wasn’t much to the substance abuse program at Soul’s Harbor at that time. I could not stay sober.

In 2009, when I came back to Soul’s Harbor for the seventh time, I noticed something different—AA meetings with sponsors. I left Soul’s Harbor and got a job. But soon after my 1st paycheck, I was drunk again, holed up in a hotel room and down to my last dollar. I had a choice. Either I spent the dollar and called Brent at Soul’s Harbor or I spent the dollar on beer. Thankfully, I chose to call Soul’s Harbor. They brought me in and required that I get a sponsor and work the Steps. I have been sober since April 2012, and my life is so much better. I have my friends and am truly happy, joyous, and free of alcohol and drugs. 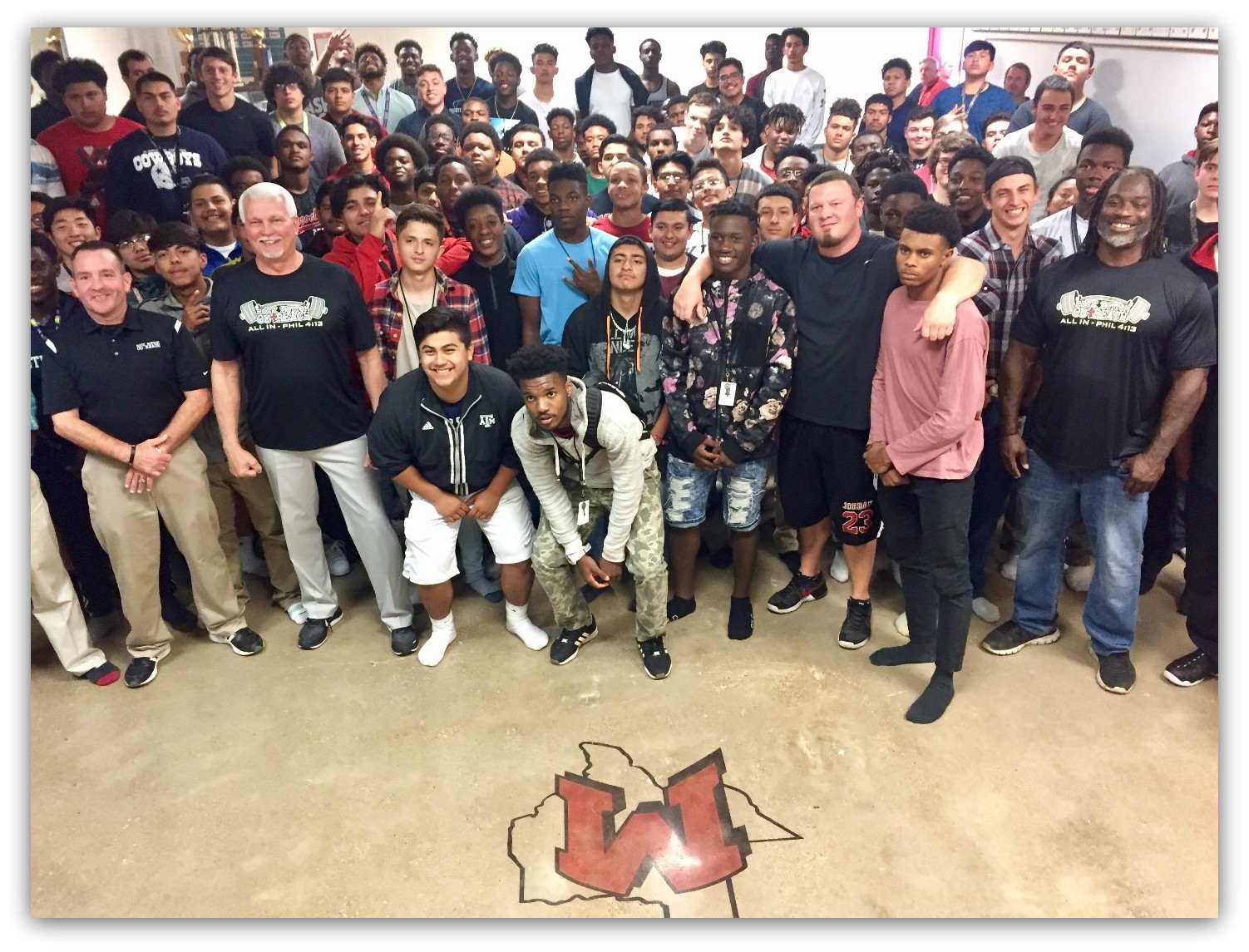 Pictured above is our Assistant Director, Reggie Finch at his high school alma mater – Irving MacArthur. Reggie is to the far right with the black t-shirt. Reggie was there for Rock Bottom Outreach and telling his story to the entire high school football team. Tentatively, Reggie’s story will air on local Fox News on a 15-minute segment called “In the Moment” on Friday, May 12th at 9:30 PM. Reggie told his story back in October of last year – from his high school football days at Irving MacArthur to being recruited by Oklahoma University then being homeless because of his drug addiction and finally his amazing recovery which started 7 years ago at Soul’s Harbor.
Thank you, Fox News for telling Reggie’s story. 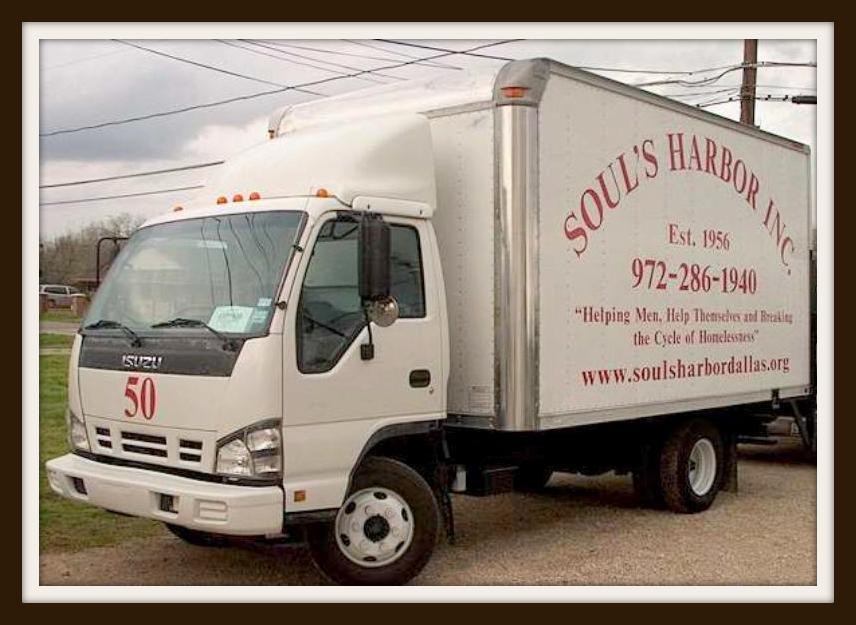 Soul’s Harbor homeless shelter is supported solely by our four thrift stores. You can donate your household items via phone (972-286-1940) or our “Household Donation Request Form” page. We also take automobiles “Vehicle Donation Request Form“. So if you have old clothes, furniture, appliances, household items, or even a car to donate to Soul’s Harbor, either fill out our online form or call our dispatch office at 972-286-1940. Our dispatch office is open Monday through Saturday from 7:00 AM to 6:00 PM. We are sustained solely through our four thrift store sales. We rely on your donated items to support our shelter. At Soul’s Harbor, we would like to thank all our customers that donate their items and also our thrift store customers. Because without our customers, there would be no Soul’s Harbor.

Thank you and God Bless.

View all posts by Brian Buick